The ethics of execution, euthanasia, and abortion

Drug maker Akorn bans the use of their sedative in executions. Possibly based upon their interpretation of The Hippocratic Oath. Though this raises the question: What of abortions? What of euthanasia?
Posted by TRE at 6:45 PM

5th BCE Greek Text, attributed to the physician Hippocrates (called the father of western medicine), that specifies a code of conduct for those engaged in the healing arts (physicians and physician assistants). In summary, it requires the following:
What is not specifically stated: the popular phrase "do no harm," commonly thought to be part of the Hippocratic Oath, which is instead attributed to the 19th CE surgeon Thomas Inman. Though the words "hurt," "suffering," and "damage" seem equivalent.

In the 1960s, the oath was changed to "utmost respect for human life from its beginning," a more secular version.

What is unemployment? Who is considered unemployed? As is often the case, it's a matter of definition. Economists and the government considered someone unemployed if he or she is:

So a person under 16 can never be unemployed according to this definition. Nor can someone with a job who is looking for a better or different job. And a person who is over 16, not working, but not actively looking for work is not considered unemployed. This might include:
How has unemployment changed through the years?: From the Bureau of Labor Statistics: 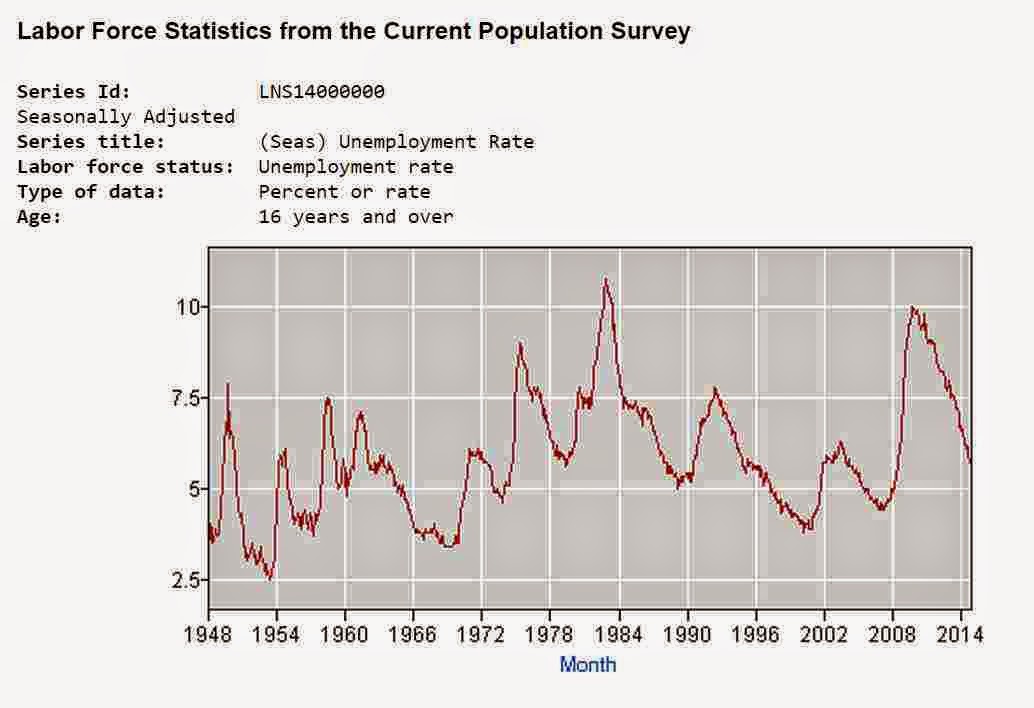 Wikipedia has a nice chart of US unemployment going back to 1890:

This show how high (20%) unemployment became in during the years of the Great Depression. The so-called Great Recession, caused by the financial crash in 2008, is much smaller in comparison, comparable to the unemployment rate of the early 1980s recession (10% unemployment rate).
Posted by TRE at 12:22 PM 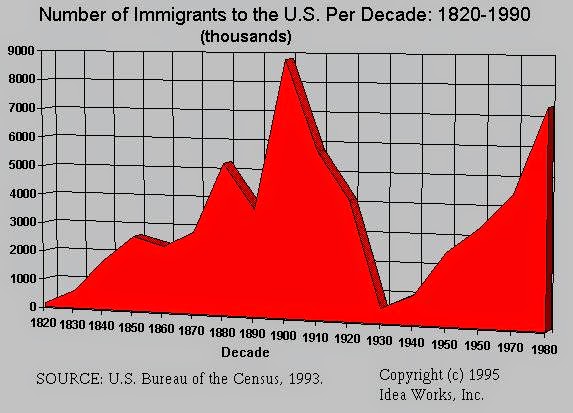 Note the decline starting around 1900 and the absolute low around 1930, around the time that many Jews were trying to escape Germany and the regions around it. At the time they needed a place to go, the US had largely closed its doors.

Here we see the total number of foreign born citizens living in the US from 1850 to 2009 (bars) and their percent makeup of the total population. 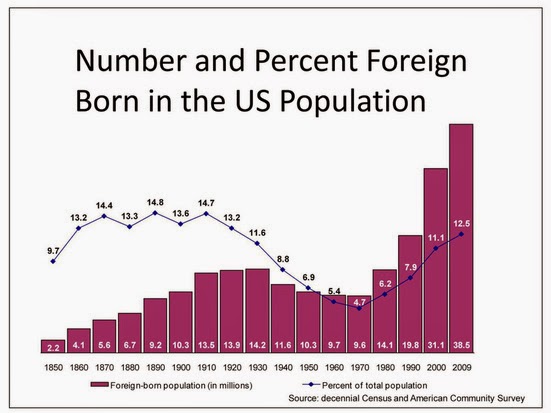 Two view of US population growth

For later reference.  The population of the US over time.  A few different views: 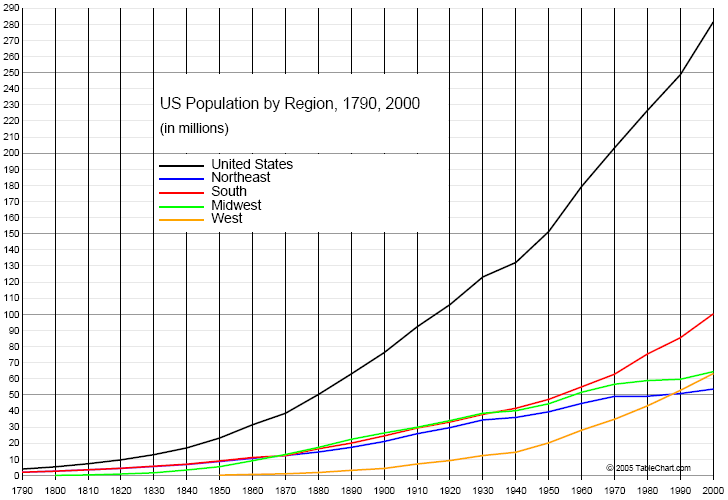 Each year, the population would change (in most cases increase) due to:

It would be interesting to see what part of the country's growth is due to immigration. (I imagine the emigration part is rather small and insignificant.)

The Labor Force Participation Rate (LFPR) represents the percentage of the employable population, age 16 and over, who are currently employed. From the Wikipedia page, it seems to be computed as follows:
What is left: the members of the population who are considered available to work.

A few complaints: It appears that the disabled are included in this population of the employable. Which seems odd to me. A middle age quadriplegic living with his parents, or someone with a severe mental disability similarly living with his parents, seems to be included in the workforce. That doesn't make sense. That person can't work. That person is not employable. Also, a 90 year-old-woman with severe arthritis, living in an apartment on social security, is still considered part of the labor force. As long as one understands this, everything's ok. But many people don't understand this.

Here's the problem with the definition: as the baby boom ages, one will expect the LPFR to decrease. There are more retired people who aren't seeking work but are still considered employable according to the definition of LPFR. But we can just keep this in mind. The employable population by definition includes some people we would not expect to work, in particular the disabled and the retired, so we will never expect it to reach 100 percent.

The LFPR can be is available from the Bureau of Labor Statistics: 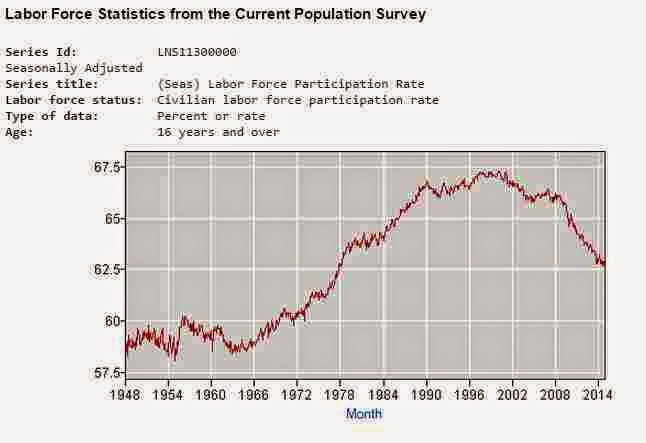 Economists are studying the dropping LFPR. There are several sources:

I'll look into some of these arguments in a follow-on post. I'll also consider the relationship between the employment rate and the LFPR.
Posted by TRE at 9:50 AM

A woman and her daughter are driving. Another car races up to and perhaps around them. Driving recklessly in the daughter's mind. She reaches over and honks at him while her mother drives. The speeder pulls in front of them, forcing them to stop, and then gets out of his car to exchange harsh words. Then leaves. The mother drives home, drops off her daughter, and picks up her son, who is armed, to look for the offending car. They find and tail it for a while. Then give up, go home. The speeding car soon shows up at their home and both sides exchange gunfire. Mother is dead. Lesson: Just ignore idiots. There are too many of them, you won't change them, and they're often so stupid (and sociopathic) that they'll kill you for almost no reason. Not worth it.

So why do you suppose the mother pursued someone who offended her? There seem to be four reasons:

Enlightened people deescalate confrontations. This woman did the opposite. When someone acts the fool, why let them drag you down to their level? Rise above.
Posted by TRE at 3:54 PM